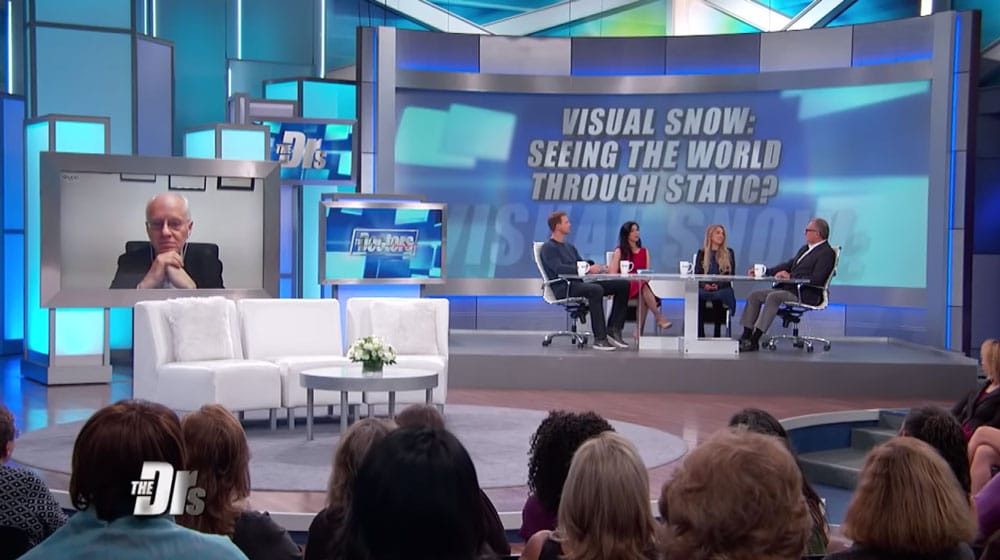 VSI Founder Sierra Domb and Dr. Peter Goadsby were both featured on CBS’ “The Doctors” on May 13, 2019.

The Doctors are joined by Sierra, who has Visual Snow Syndrome, and her neurologist, Dr. Peter Goadsby. Sierra says she first realized something was wrong when she was in college and saw the snow-like static while looking at her professor in front of the whiteboard. She got her eyes tested, but her results came back normal, which left her baffled. Sierra did her own research online, where she learned about Visual Snow and then found Dr. Goadsby, who formally diagnosed her.