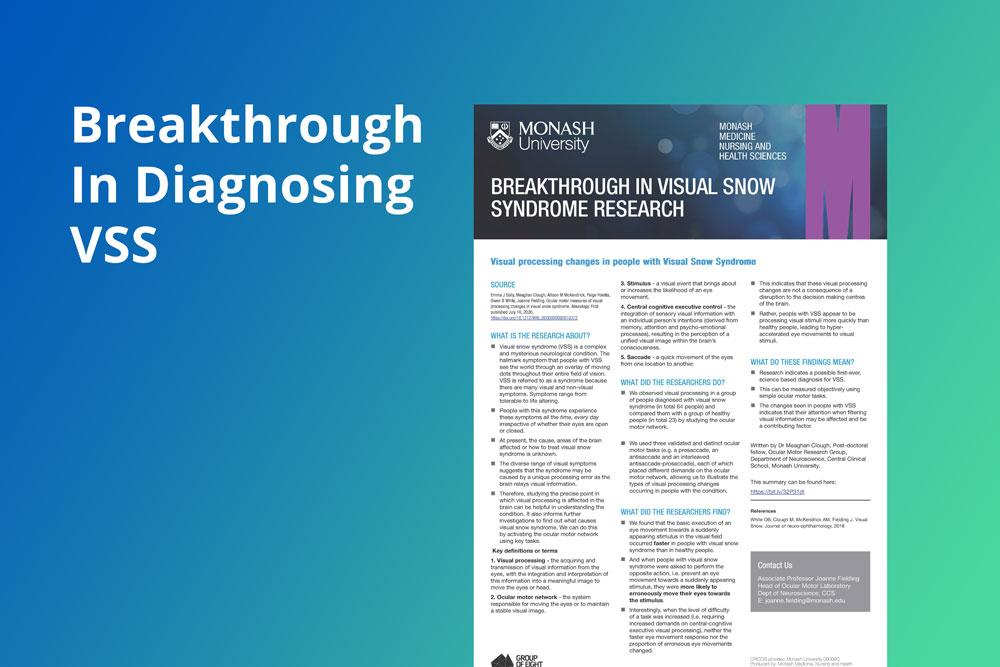 WHAT IS THE RESEARCH ABOUT?

1. Visual processing – the acquiring and transmission of visual information from the eyes, with the integration and interpretation of this information into a meaningful image to move the eyes or head.

2. Ocular motor network – the system responsible for moving the eyes or to maintain a stable visual image.

3. Stimulus – a visual event that brings about or increases the likelihood of an eye movement.

4. Central cognitive executive control – the integration of sensory visual information with an individual person’s intentions (derived from memory, attention and psycho-emotional processes), resulting in the perception of a unified visual image within the brain’s consciousness.

5. Saccade – a quick movement of the eyes from one location to another.

WHAT DID THE RESEARCHERS DO?

WHAT DID THE RESEARCHERS FIND?

WHAT DO THESE FINDINGS MEAN?