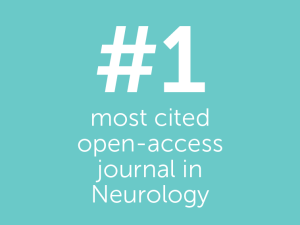 “Visual Snow Syndrome as a Network Disorder: A Systematic Review”

“Already from a clinical perspective, the symptoms of VSS cannot be attributed to a single brain area or a functional unit. Rather, there is evidence of a network disorder that might manifest as a disturbance in coordination or interaction between different parts of the visual system causing a loss of inhibitory modulation and thereby hyperactivity in the primary and secondary visual cortex.

VSS seems to be a spectrum disorder with different degrees of severity, e.g., defined by the number of additional symptoms (11). There is an association with tinnitus thought to be caused by cortical hyperexcitability and production of a phantom sensation (82). Several patients may suffer from comorbid fibromyalgia, the classical centralized pain disorder with hypersensitivity to external stimuli (83). There are potentially common underlying mechanisms (doi: 10.1111/head.14213).

Migraine is the most prevalent comorbidity in patients affected by VSS. Migraine can be seen as a sensory gating disorder with a persisting hypersensitivity to internal and external stimuli even in the interictal state (84, 85). It is associated with more severe manifestations of VSS. It can be hypothesized that migraine could cause a pre-disposition to develop a persistent sensory network disorder like VSS or, based on case reports, migraine attacks could even be triggers.”

“By reviewing the existing clinical studies about visual snow (VS) as a symptom or as part of visual snow syndrome (VSS), we aim at improving our understanding of VSS being a network disorder.”

“Patients with VSS suffer from a continuous visual disturbance resembling the view of a badly tuned analog television (i.e., VS) and other visual, as well as non-visual symptoms. These symptoms can persist over years and often strongly impact the quality of life. The exact prevalence is still unknown, but up to 2.2% of the population could be affected. Presently, there is no established treatment, and the underlying pathophysiology is unknown. In recent years, there have been several approaches to identify the brain areas involved and their interplay to explain the complex presentation.”

Click the link above to read more in Frontiers!